To say Laura Land keeps a busy schedule is an understatement. As owner of the CoffeeHouse Company in O’Fallon, Illinois and landlord to several other small businesses in the adjoining strip mall, there is never a dull moment.

One Wednesday in late July, she was busy baking for an upcoming farmer’s market when one of her tenants burst into the CoffeeHouse with phone in hand and a panicked look on her face. The tenant, who worked as a hairstylist at a salon Land owned, had received a call from someone threatening to disconnect power to the salon if immediate payment was not made on the energy bill. The caller claimed to be from her local utility company, Ameren Illinois.

Land was initially confused because she is diligent about keeping up with utility payments. She took the phone and listened carefully as the person on the other end of the line reiterated his demands.

“I had a weird feeling, but was still very nervous initially,” Land said. “I knew in the back of my head that neither the CoffeeHouse nor any of my tenants were behind on bills, but the person sounded convincing and authentic. Plus, being so busy with baking that day, I had a lot on my mind.”

Land kept the caller on the line while trying to determine the best course of action. When the caller asked for her bank confirmation code on a previous payment, she then realized it was likely a scam. She asked to speak to the caller’s supervisor, at which point he hung up.

Just to be certain, Land called the Ameren Illinois Customer Care Center and spoke with a representative who confirmed there were no outstanding balances on any of the accounts.

“We had a close call that day,” Land added. “If I would have provided the requested information, the scammer could have gained access to our bank accounts. By sharing my experience, I hope that others can now recognize some of the red flags of a utility scam and avoid falling victim.” 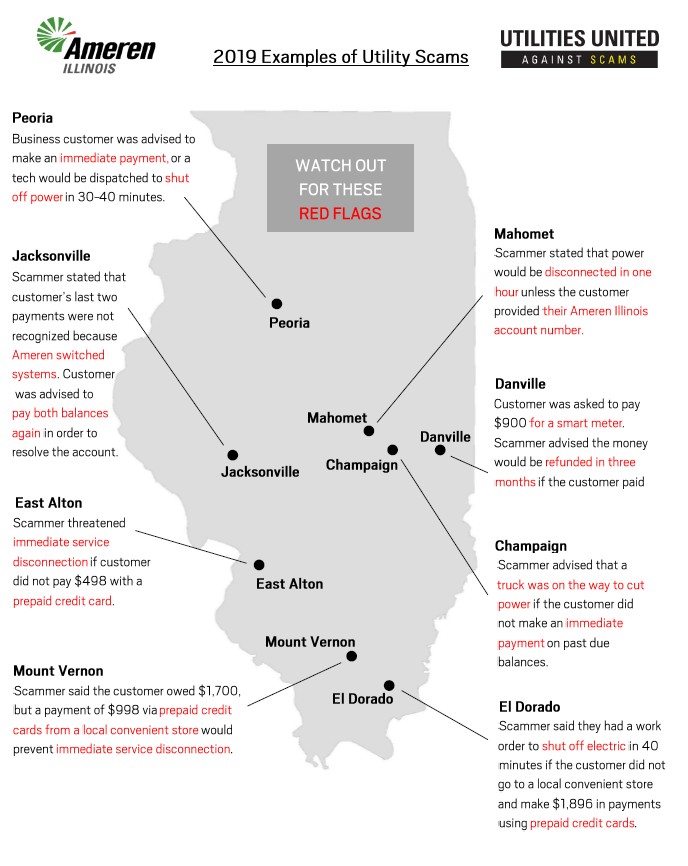 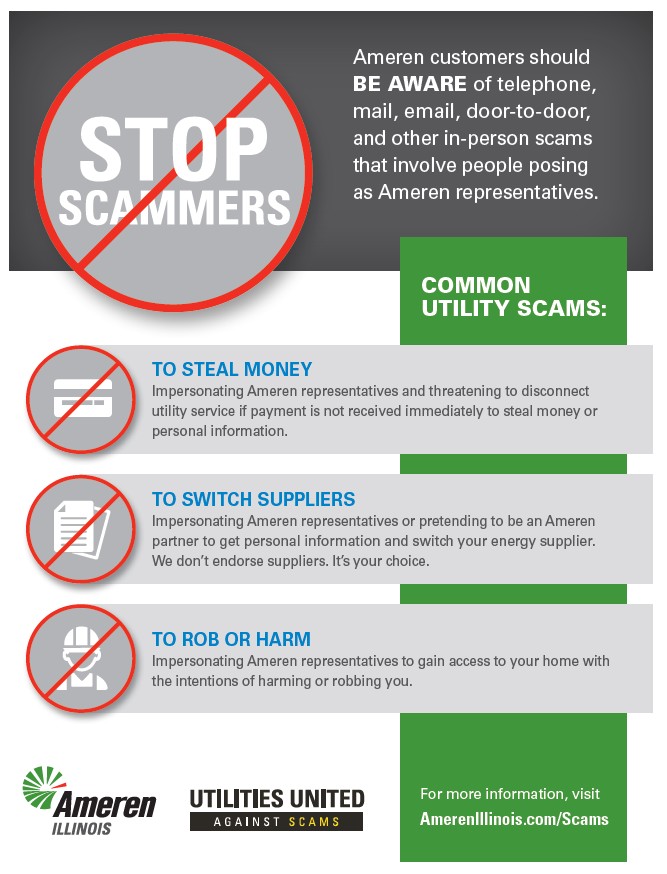